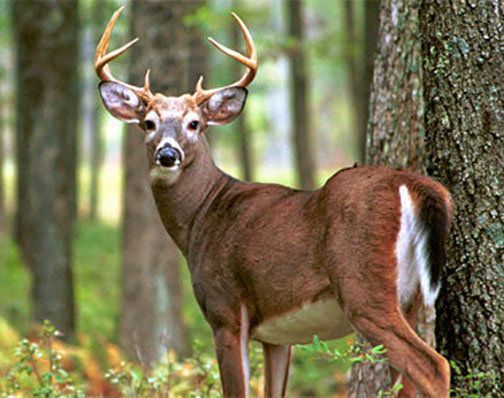 Two types of hunts take place each year: a Lottery Hunt and a Sealed Bid Hunt. The drawing is scheduled for Monday, July 18, 2022 and will not be open to the public. Winners will be notified within two days by phone or email.  The deadline to apply for the lottery hunt or submit a bid for the auction hunt is July 15, 2022, 4:30 pm; mailings must be postmarked by July 8, 2022. You may pay with cash, check, or through Paypal.  In 2018 we implemented the Earn-A-Buck Program – In order to harvest a buck, you must FIRST harvest a doe.

Illinois, being influenced by large ecological regions of the east, south, west, and north, is high in biodiversity. Some great examples of this diversity are found at Forest Glen Preserve.

Managing the parks to maintain these natural areas has been of the highest priority from the beginning of the District. Most of the management in early years has been to establish rules to protect the areas from overuse. No hunting of any kind was allowed at Forest Glen since it opened in 1968.  Deer hunting did not occur until 2013.

Today, many problems face the nature preserves in the county. Exotic invasive species are one example. Unfortunately, there are many, and more seem to be arriving each year. Some animals have responded quite well from total protection and have healthy populations within the parks.

The Whitetail Deer at Forest Glen has done so well that it is now considered overpopulated and may very well be doing damage to the ecosystems that we are trying to care for. Studies on the decline of some animal species that live in the browse zone are being done throughout the Midwest. As deer numbers have increased, some species have decreased. Deer browse may also be changing the plant species composition. Some plants are favored over others by the deer, thus reducing the favorable ones and allowing the unfavorable to become more abundant. This can (over time) change the complete makeup of the forest and other habitats.

Beginning in the fall of 2013, the Conservation District initiated a very limited control archery deer hunt to reduce the deer populations at Forest Glen Preserve.

Our goal is certainly not to remove all the deer in the park, but just to bring the numbers into a more manageable level so that the ecosystem that has existed for years and the diversity of life can continue for future generations. If you have any questions or concerns, give me a call at 217-662-2142 and I would be glad to discuss them with you.