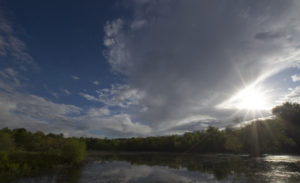 The VCCD maintains a vast system of wetlands called the “Kennekuk Marshes”.  A cooperative among the VCCD, Vermilion Co. Audubon Society, and the Vermilion County Conservation District Foundation, the first system of dikes were constructed in the early 1980’s.  Since then a Ducks Unlimited grant was procured to flood more acreage.

Wetlands are one of the most endangered habitats throughout the country.  Wetlands continue to be drained to make room for future development.  The Kennekuk Marshes are a system of several connecting 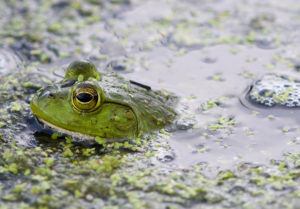 ponds that inundate nearly thirty acres of water during the spring rainy season.  Water levels remain until waterfowl fledge their young in late spring.  During the drought months, water levels may be reduced to under fifteen acres.

The Kennekuk Marshes offer excellent wildlife viewing. Many species of ducks can be seen as well as Canada goose, great blue herons, egrets, and hawks. Mammals may include raccoons, deer, fox, muskrat, beaver, and possibly the river otter.

The Kennekuk Marshes are used during the Outdoor School program for pond study. It was also the focal point for the Wetlands Teacher Workshop sponsored by the Illinois State Museum in 1996. An observation blind can seat twenty-five school children so wildlife may be viewed in seclusion. 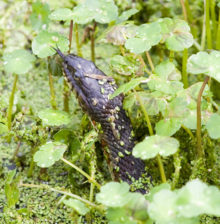