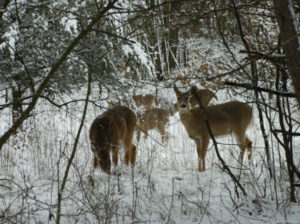 In the early days of the VCCD, it was very exciting to see a white-tailed deer.  Now, it is very unusual not to spot one once a day at the county parks.  Ever since the government’s Conservation Reserve Program (CRP), wildlife has increased.  The simple formula – increased habitat increases wildlife. 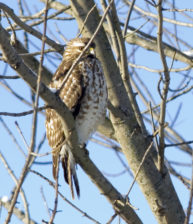 There were two wildlife reintroduction’s into our county parks. The wild turkey was released at Kennekuk County Park and near Forest Glen Preserve in the mid 1980 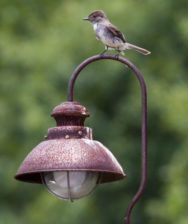 ‘s. They now abound and there is a spring hunting season at Kennekuk County Park. The river otter, an Illinois endangered species, was introduced to Lake Mingo in 1996 and 1997. A total of 30 otters were released and sightings are becoming more common. This is the largest release site in Illinois.

Listed below are some of the types of wildlife that can be seen at the three county parks. A complete listing of native Vermilion County mammals, birds, amphibians, and reptiles may be obtained by calling 217-662-2142.